This question was asked by
– Sarah N

Hello. I have a very large stone trough, next to a wall that is a foot heigher than it, and faces north. So shade all morning then strong sun later in the afternoon. I’d like to plan a scheme round H. Blackberry Jam (because my mum of 82 makes amazing blackberry jam!). Which other Heuchera’s compliment/contrast well with it? The trough is opposite 3 other large stone troughs of heuchera’s which ribbon with H. Emerald Cushion, Beauty Cushion, Amber Waves, Autumn Leaves, Berry Smoothie. Plus I have Paris elsewhere!
I am also in a frost pocket does this matter ?
Thank you.

Hi Sarah
Blackberry jam will do well there and contrast well with these variety and other reds, oranges, green, etc.
A nice silver variety Violet shimmer is attached or you could go with cherry cola, forever red, or tangerine wave to name a few
The fact that your in a frost pocket won’t matter, they are all very hardy
Hope this helps
Kind regards
Vicky
Heuchera ‘Violet Shimmer’ TM (Fox Series) (SKU18354) 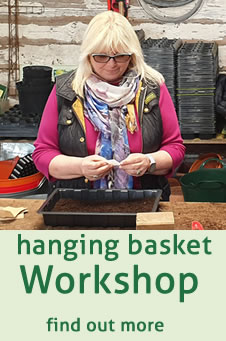